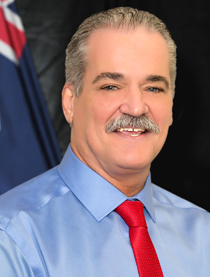 David has spent his working life in the private sector mostly in the retail industry. He is currently co-owner and co-manager of a large Service Station and brings years of private sector experience to his Public Service.

David was also a very successful sportsman representing his country for many years on the National Cricket Team. After retiring from playing cricket he was chosen as a selector for the National Cricket Team. He was invited and played cricket in the semi-pro Central Lancashire League in England. He was regularly invited and played for Melbourne Cricket Club, a top cricket league team in Jamaica, playing alongside and against International cricketers. David was very active in other sports such as football, tennis, table tennis and others.

David has been very active in his community for many years and has a deep knowledge and caring for Caymanian Society especially the George Town  constituencies.